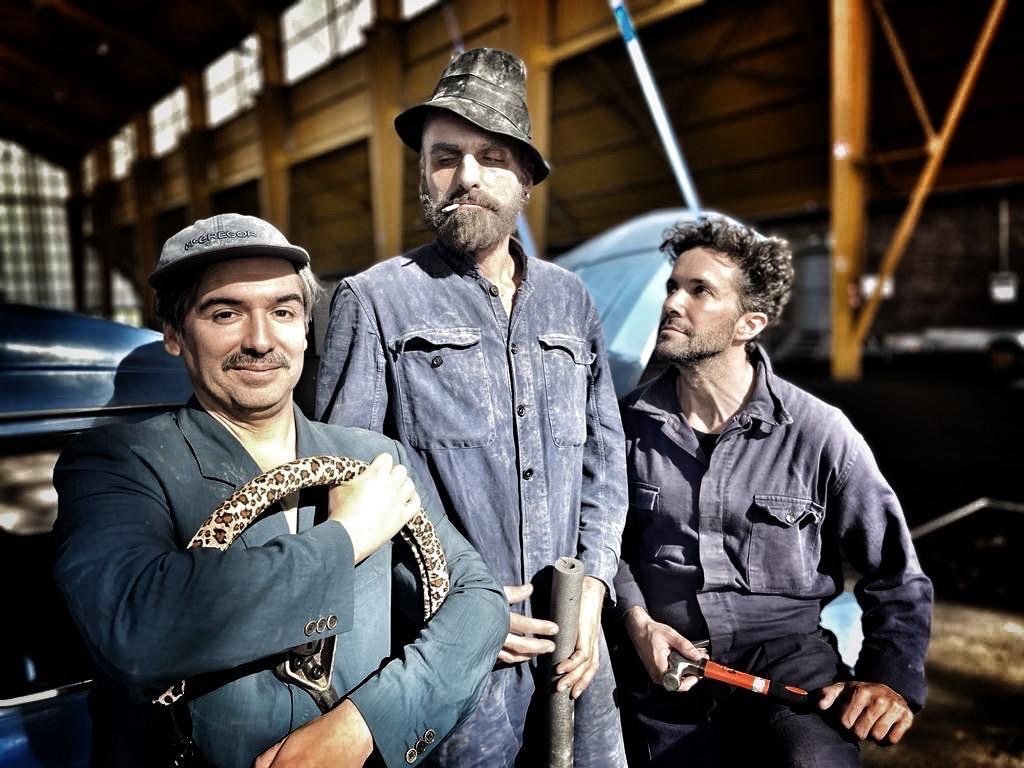 A dreamlike, satirical, and "epic" saga / Clown and Street Theater

Three traveling companions will take to you on a distant, “epic” and crazy journey overflowing with adventures and improbable exploits, laughs and Homeric tumbles.

La Dyane is a clown trio led by an absurd comic playing. Its characters are the bouffons of their own allegory. A veritable mosaic of social and cultural references and a traveling construction site of tinkered special effects. La Dyane shows the staging of a joyous chaos that is as much akin to circus, cinema and street theatre.

La Dyane is freely inspired by the figure of Don Quixote, his spirit, his inventiveness and his desire to escape. The characters of La Dyane are those who fight windmills. They run from hope to defeat as one goes from calm to storm, but they believe “epically” in their delirium.

Accompanied by their faithful road and adventure companion, a broken down 78′ Citroën Dyane, they are always ready to hit the road into the unknown!

Will they succeed from this time? To go where?

La Dyane is a modern “epic” saga, dedicated to all the Quixotes and Sanchos we met on the road.

Sitting Duck is a Belgian Circus & Street theatre company created in 2016 by Gonzalo Alarcón, from Hopla Circus, and Joris Verbeeren, from Shake That. They play with juggling, slapstick, accidents and object manipulation as the source for comic material.
Their first creation, Chiringuito Paradise, directed by Christine Rossignol, has been performed more than 200 times so far in 9 different countries, and launched Sitting Duck on the international circuit. It draws inspiration from the physical comedy and the surprising clumsiness of the most famous Clowns of the big screen (B. Keaton, C. Chaplin, P. Sellers…), but equally from the simplicity and the depth of a dramaturgy, which calls upon universal characters. This principle has pushed Sitting Duck to develop a comical language that can be close to that of slapstick comedy, but which at the same time meets the requirements of a street show. The company approaches slapstick as a series of unattractive and hilarious micro situations, inserted in a scenario focused on chaos and failure. The exploit plays also an important role in the show. Falls, accidents, juggling and object manipulation add a spectacular touch to the performance.
For La Dyane, the company wants to expand the troupe and open up to collective creative possibilities. This is why we have invited actors and circus artists Andrea Bettaglio and Nicoló Antioco Ximenes, musicians Marije Nie and Jonas De Rave and director Christine Rossignol-Dallaire to join us in this adventure.

WE ARE CURRENTLY LOOKING FOR PARTNERS.