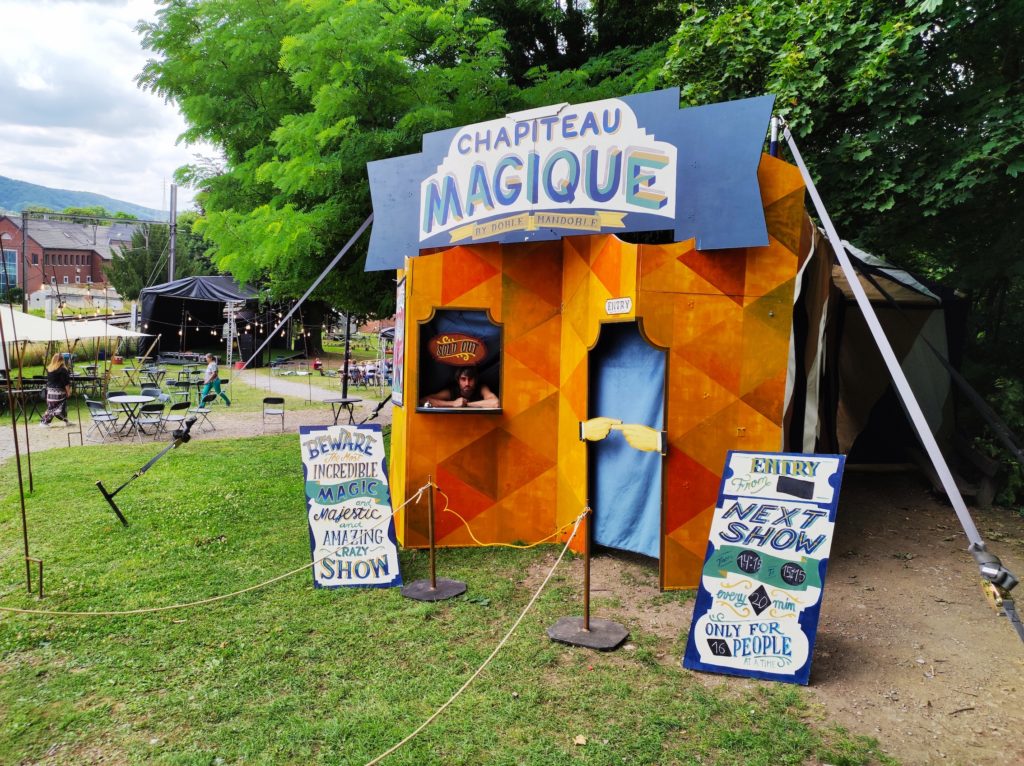 Outdoor / Entre-sort
All publics and ages +5

This is the story of Professor Galvani, a professor of the occult who travels with his show in search of the answer as to the origin of life, and with a chosen one who can free him and his “monster” from their bonds.

Professor Galvani is bound to his monster as to his own life.
Inseparable, they are forced to wander amongst the damned, doomed to seek their salvation in order to escape from hell.

Through the story of these two anti-heroes, we tell the story of touring shows from their origins to the present day, reinterpreting myth with a contemporary eye.

Doble Mandoble is a circus company created in 2007 by Luis Javier and Miguel Angel Córdoba. Trained at the École Supérieure des Arts du Cirque ESAC in Brussels (Belgium), the twin brothers who founded the company have been among the first artists to use new magic in Belgium. Their artistic performances are a blend of circus, magic, physical theatre, object manipulation.

Doble Mandoble’s has a varied repertoire: street shows, stage productions, cabaret performances, as well as conferences for the general public and workshops. The company’s productions are characterised by technical mastery of different magic and acrobatic techniques, all in the service of a visual and dramatic performances noted for their humour and candour.